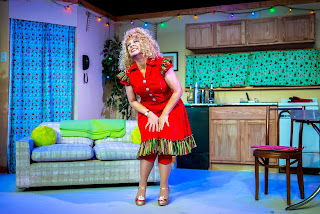 Directed by Dexter Ramey, Who's Holiday: The Story Dr. Seuss Didn't Want You to See runs through December 15, 2018 at Richmond Triangle Players.
For tickets visit:  https://rtriangle.secure.force.com/ticket
at November 19, 2018